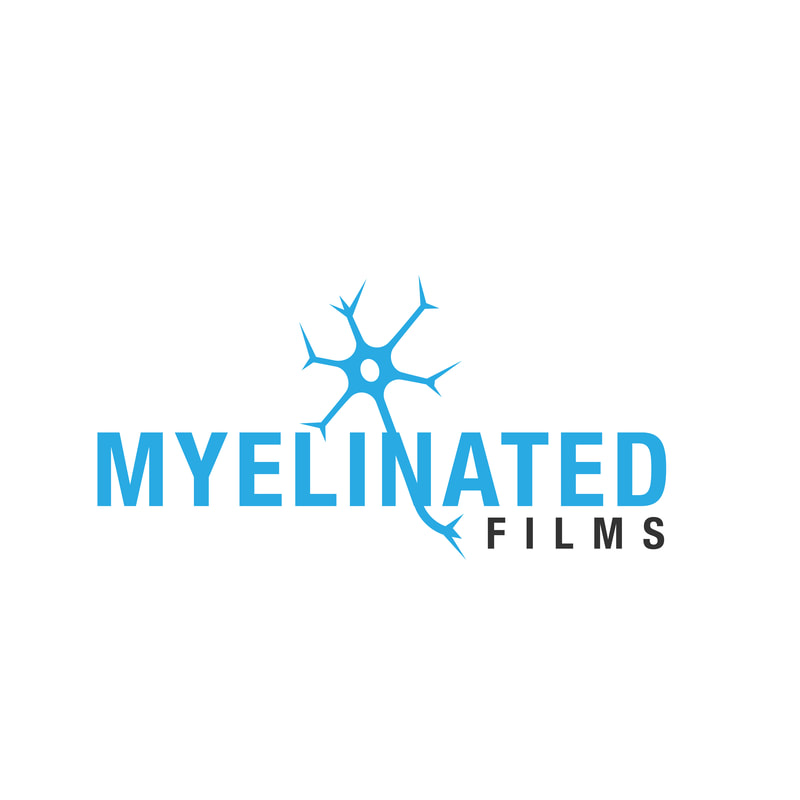 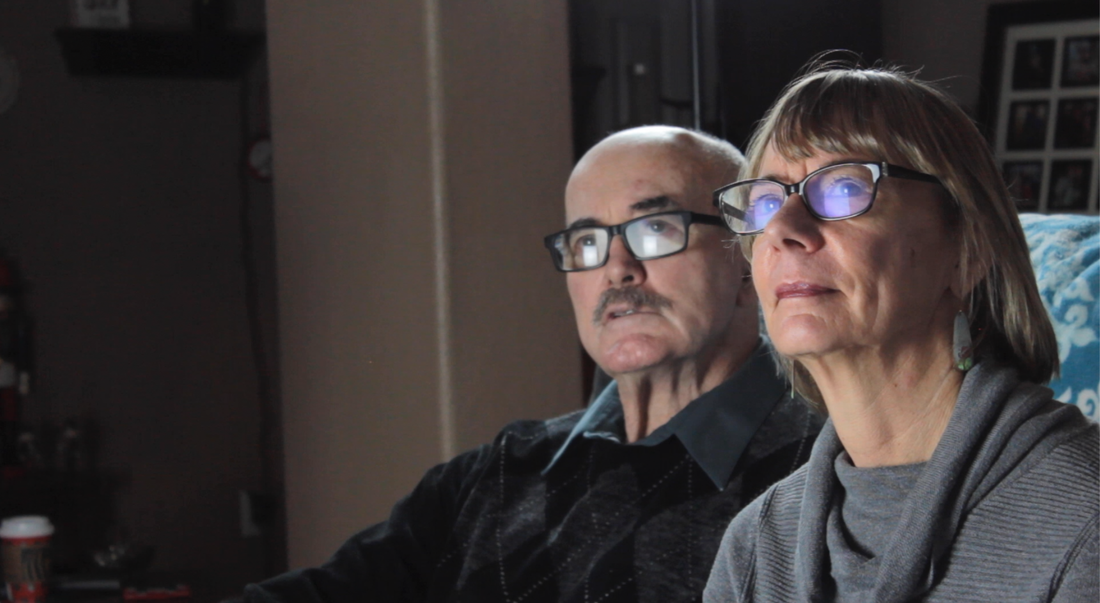 Chances are, the last almond, grape, or pistachio you ate hailed from a Fresno farm in the heart of California. The Central Valley sits atop some of earth's most fecund soil, making it America’s agricultural wellspring. While taking my pre-med classes I learned that a wave of mechanization here consolidated tiny family operations into ruthlessly efficient super farms that shamelessly pumped out pesticide-laced produce and profits.

Parkinson's disease (PD) is the second most common multifactorial neurodegenerative disorder affecting 3% of population during elder age. The loss of substantia nigra, pars compacta (SNpc) neurons and deficiency of striatal dopaminergic neurons produces stable motor deficiency. Further, increased α-synuclein accumulation, mitochondrial dysfunction, oxidative stress, excitotoxicity, and neuroinflammation plays a crucial role in the pathogenesis of PD. α-synuclein protein encodes for SNCA gene and disturbs the normal physiological neuronal signaling via altering mitochondrial homeostasis. The level of α-synuclein is increased in both normal aging and PD brain to a greater extent and secondly reduced clearance results in accumulation of Lewy bodies (LB). Emerging evidences indicate that mitochondrial dysfunction might be a common cause but pathological insult through protein misfolding, aggregation, and accumulation leads to neuronal apoptosis. The observation supporting that expression of DJ-1, LLRK2, PARKIN, PINK1, and excessive excitotoxicity mediated by an imbalance between GABA and glutamate reduced mitochondrial functioning and increased neurotoxicity.

These same pesticides were seeping into our groundwater leading to a spate of Parkinson’s cases, prompting researchers like Sadie Costello to definitively establish a statistical link in 2000.  Two decades later, our Big Ag complex continues to envelop my hometown in a miasma of neurotoxic pesticides. I was enraged by the local government’s apparent indifference to this colossal injustice and sought to expose Big Ag’s complicity in contributing to the formation of Parkinson’s Alley, the 300 mile stretch of farmland spanning from Bakersfield to Sacramento boasting a prevalence rate 2.5x the national average for PD. My research and discussions with policy makers helped me realize that the best way to achieve community outreach and instill a call to action is with a visual fact feast. I tapped into local, young talent to help me bring my vision of this to life.

Our exploration of the link between paraquat and PD will be told by a mosaic of characters in an effort to examine the cultural and biopsychosocial landscape of a region I was once so eager to leave behind. By interviewing physician-scientists, farmworkers, epidemiologists, lawyers, physical and speech therapists, landowners, politicians, corporate executives, police officers, college professors, caretakers, and pesticide applicators with differing views and stakes in the issue, we hope to illustrate the variety of perspectives represented in a balanced, fair, and scientific manner. We want to communicate the authenticity of real people grappling with real tragedies by inviting the audience to experience what PD means to normal, everyday Americans. By sifting through the latest research and alternatives, we want to deliver hopeful, helpful, extensive, and actionable information to all parties engaged in the discussion.

Arjan rocketed to Silicon Valley eager to learn how to help society become faster, smarter, and better in measurable ways. Driverless cars, intelligent robots, and portable satellites caught his curiosity every day. He honed his people skills at Goldman Sachs and survived chemical engineering at Berkeley before joining a quantum computing startup. Silicon Valley became his candy store, yet he felt he was unable to enhance people’s lives directly. After resigning as chief of staff of a Y Combinator-backed quantum computing startup to enroll in a post-baccalaureate, to complete his premedical coursework. He spent the last four years preparing himself for an opportunity to learn medicine so he may build a stage for compassionate action. He observed physicians at a Level I trauma center, volunteered to assist amputees at the veterans hospital, and scribed in the Central Valley’s busiest emergency department (ED) to reinforce his passion and help the community and world in which we live. Every patient encounter, hospital admission, or clinic appointment became a sacred opportunity for me to learn something new about someone’s life and illness.

His vigor for learning grew into his role as an MCAT instructor. He began making connections between mentoring stressed students with bedside manner in the hopes that it will help him gain trust and intimacy that I found so crucial to the healing process. Whether I’m walking South African students through a passage on Roux-en-Y over FaceTime, teaching my class how to spell “borborygmi,” or training my ear to audible bruits from a Navy sailor, I am always pushing myself to learn more about medicine. In addition to maintaining an MCAT blog, I formed a team to bring MCAT concepts to vivid, virtual life. We are designing an app for the Oculus VR platform allowing students to use their hands to stack, manipulate, and throw enzymes and molecules in an inexplicably satisfying way. The importance of VR-based teaching to improve the interactivity of existing educational systems builds upon peer-reviewed evidence stretching back a decade. Research shows that immersive environments create engaging experiences that transport users to exotic locations, provide new perspectives on social issues, and create training simulations simply incomparable to 2D. I became an educator because it is wrong to not share the fruits of knowledge with those without access.

He once believed that illness was primarily driven by faulty genes; however, he saw how racial, physical, and social factors, such as a lack of access to primary health services, can influence disease outcomes. Though he loved learning about the biological determinants of health, he was now more sensitive to the factors influencing one’s well-being and was appalled to learn about the numerous health disparities existing between ethnicities, socioeconomic groups, and gender. Working with the socially disadvantaged confirmed his desire to care for the underserved as a physician and motivated his current focus: a clinical neuroepidemiology case study using the medium of documentary. While scribing, he noticed that nearly 80% of patients presenting with Parkinson’s disease (PD) were farmers, and many were undocumented migrant workers who used the ED for primary care. Organizing a team to investigate the link between pesticides and PD in a documentary film allowed me to not only build a sense of shared humanity with my community, but also practice one of the most important skills a physician must master: clear communication.

Arjan saw the power of presence when doctors put their patients at ease with their forthright explanations. Arjan leveraged his business background to secure financing, drew on his skills sharpened from chemical and quantum engineering to analyze journal articles, and conducted interviews with patients to understand the extent of the illness. Medicine became truly gratifying after meeting patients, understanding their diverse ways of coping with illness, and being privy to the details of their lives. Arjan intends to provide advocacy for a marginalized group, and was given an education not found in any textbook, laboratory, or lecture. The people sharing their lives taught Arjan there is no greater good than healing and restoring a person’s abilities.
Related article: Pesticides & Parkinson's Post on MCAT Blog by Arjan